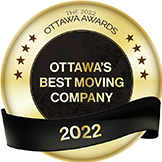 Until now, you lived happily in a small town and had your own habits and daily routine. But you still realized that something was missing, and you decided that moving from Smiths Falls to Manotick was a better idea. First of all, you need to know that moving is a big challenge and that it’s always easier for one person to get used to it than for the whole family. Also, this challenge requires the assistance of the best moving companies Ottawa who will help you with all moving tasks that await you. Meanwhile, here are some tips that can help you adjust to your new home after moving, and have fun at the same time.  After all, the best way to adjust is to have fun visiting different places and having many interesting things to do!

What can you expect from your moving from Smiths Falls to Manotick?

Both Manotick and Smiths Falls are two great places to live in the province of Ontario. Smiths Falls is a city that has about 8,700 inhabitants and also offers excellent living conditions. Manotick is a slightly smaller place, without administrative status, and is a community of about 5,000 inhabitants in the Rideau-Goulburn Ward in the rural south part of the city of Ottawa. What is characteristic of both places is that they are located near Ottawa, but Manotick is closer to the capital.

Considering these differences, after moving to Manotick, a slightly different way of life awaits you, in a smaller and quieter place. However, Manotick movers revealed to us that Manotick is a place which constantly strives to progress and develop in such a way as to provide its residents great life and business opportunities. Keeping that in mind, it’s no surprise that people of all ages live here and that Manotick is often an excellent choice for families!

Every move brings new changes – Can you adjust to it?

Now that you know more about the city of Manotick, you must be wondering what you can expect from this move. The answer is change, as every move represents a new chapter in your life. The series of changes will start with changing your home, job, school, habits, as well as meeting new people and making new friendships. All this may seem a little overwhelming, so we’re sure that you have asked yourself if this is what you want at least once. When people are moving a long distance, they often miss their home and old friends. However, it’s possible to feel nostalgia even when you’re moving short distance, such is the case of moving to Manotick from Smiths Falls.

We have introduced you to all the changes that moving can bring. And now we have a piece of advice for you regarding the period before the move. As we said, before you start the process of moving in general, it’s important to think carefully about everything. Even though there are only about 50 kilometers between Smiths Falls and Manotick, you need to make sure you make the right decision. And one of the best ways to do that is to figure out what you really miss in your current city. When you get to the key thing that’s missing, look for it elsewhere (in this case, Manotick). If the new place meets all your requirements and wishes, then it means only one thing, get ready and contact Smiths Falls movers. Then you will be sure that you have made the right decision.

While residential movers Ottawa deals with packing and moving your belongings, you can look at our few tips that will help you adjust to life after the move as soon as possible. Take a look!

Our advice can be of great use to you, to adjust to a new environment and a new way of life. As well as the help of our moving services Ottawa during your move. And as we said, it’s much easier to be responsible only for yourself during the move. However, moving with family is great as well, if not even better. In that case, you’ll never feel lonely. Moreover, you will have the constant and daily support of the most loved people. And believe us, when you are together everything will be easier.

After moving to Manotick, get to know your new place to live

Getting to know a new place to live is an ideal way to slowly adjust to a new environment. However, it’s another great way to have fun. At the very beginning, we said that Manotick is as different from Smiths Falls as the way of life itself. When you move to Manotick, you will initially experience life in this place as a country vacation. But that’s a good thing. After a tiring move, you will definitely enjoy a short vacation. So, avoid it and don’t think about the work that awaits you because your belongings can wait a little while in the storage facilities Ottawa. Manotick offers plenty of activities to explore. Start by paying a visit to a working Victorian mill and finish with a light lunch in the restaurant’s courtyard and kayaking and canoeing on the Rideau River.

The very history of this small place is interesting; even the name of the city itself is interesting. Historians have believed for many years that “Manotick” came from the native river “island in the river.” Actually, it means Long Island, which lies in the middle of today’s Manotick. However, it was actually the British that built the Rideau Canal. In 1880, Manotick was a small town with only 400 inhabitants. Still, it was pretty urban, with churches and schools, shops, a post office, and a blacksmith shop. After one hundred years, Manotick grew into a residential area, developed, and became home to about 5000 people.

Even though Manotick is a small city, it experienced a poulation increase of almost 9% since 2016. It’s not without a reason people decide to move to this cosy place! That being said, what affordable movers Ottawa can say about the people who live in Manotick is that the phrase “neighbors helping neighbors” best defines them. Therefore, we are sure that your neighbors will soon become your friends if you hang out every day. You could offer to make a barbecue, or exchange recipes for cakes with them. Socializing and communicating with your neighbors can really help you adjust and have fun after moving from Smiths Falls to Manotick. A large number of events, gatherings, and festivals are held in Manotick every year. Local events in some of the Manotick facilities are an ideal place where you can meet new people. And now the Christmas holidays are approaching, which is perhaps the ideal time to meet new friends!

If you have children, you can take them to one of the several interesting events taking place in Manotick. Around this time of the year, most famous event include Family Storytime/Toddlertime. It’s a family event where you can hang out with other parents. You’ll learn some new songs for your children, as well as get a lot of advice from educators. Babytime at the Library is another popular event in Manotic. It’s made for babies from 0 to 18 months and their parents. Finally, you’ll also love visiting Kars Christmas Market with your children! However, there will be plenty of other choices for those people without babies. For example, you could attend one of the many concerts. Western swing and honky tonk bands will delight you with their tracks! So, we are sure that you will have fun together with the local population.

Manotick gives you the opportunity to have a lot of fun

In addition to children’s and local events, there are some things in Manotick that you can do and really enjoy. At the beginning of this story, we said that entertainment is one of the best ways to adjust to a new way of life after moving. So, to help you have fun, we’re going to reveal all the fun things to do in Manotick. The first thing is shopping. Is there anyone who doesn’t like shopping? We don’t believe it! So, many tourists come to Manotick precisely for this reason. In Manotick, you will find many boutiques as well as several unique shops. Some of the most fmaous ones include Geese Bees Honey Company, the Gingerbread Man Store, and Mill Street Florists. Also, in addition, there is the NIN Collection Boutique, Mansfield’s Shoes, and Lasting Impressions Gifts, where you can buy gifts, baby items, and delicious food.

For the ladies, what they will surely enjoy after a tiring move is the Peppermint Organic Spa. Here, you will be able to enjoy various facial treatments, pedicures, and manicures. There is also Manderley on the Green, a nine-hole golf course located in North Gower. Therefore, it’s an ideal place for a game of golf with friends. Also, there are two places that you must visit. These are Watson’s Mill and the Dickinson House Museum, which date back to the 10th century. And finally, there is the Taste of Manotick festival in August, where you can enjoy delicious food. And here is Christmas in the village of Manotick.

So, at the end of this story, we want to remind you once again that you need to be sure of your decision before you start your move. Also, consider all the possibilities that Manotick offers you and be sure that you have chosen the best. Also, try to start a new chapter in your life immediately after the move and start having fun. Because that is one of the ways to adjust to life after moving from Smiths Falls to Manotick. And don’t forget, you can always count on our moving experts. And that’s regardless of whether you are moving to Manotick or any other place near Ottawa! We’ll be by your side at any time of the year. Good luck with your move and adjusting to your new life!

Best Cities To Find A Job In Ontario